After all those days at home behind a screen, it is very nice to finally do some hands-on experimenting with projections and different layers of transparent fabrics... Nature

Work in progress for a children's tour Work in Progress

Barefoot in an exhibition? Together with the Stapferhaus, we are looking at what this means for the perception of the visitors... Nature

With a few kickoff days (and nights) in the mountains of Switzerland, we have firmly started the draft design for the new Nature exhibition at the Stapferhaus! Nature

Very slowly, the new 'inside' of the east wing of Het Loo Palace is becoming visible. Het Loo palace

Museum of the Mind

This renewed museum is all about the wonder and versatility of the human mind. Science, history of healthcare, philosophy, art and personal stories are woven together in an attempt to get a grip on this invisible piece of humanity. On your mind and that of the other. Because what is the mind really? And where is it located? In your body or out of it? Can you influence your mind and how do you keep it healthy? The visit is a quest, which ends with a call to sign the Universal Declaration of the Open Mind. 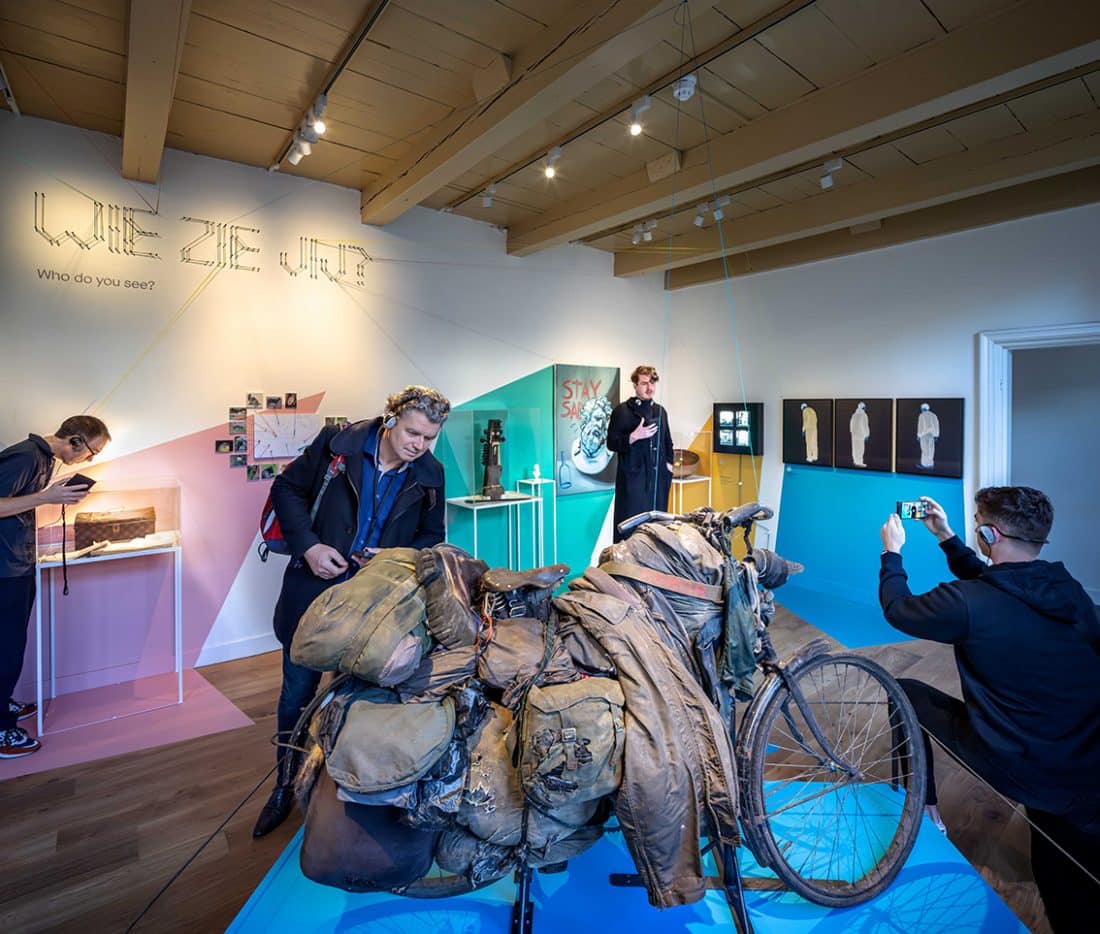 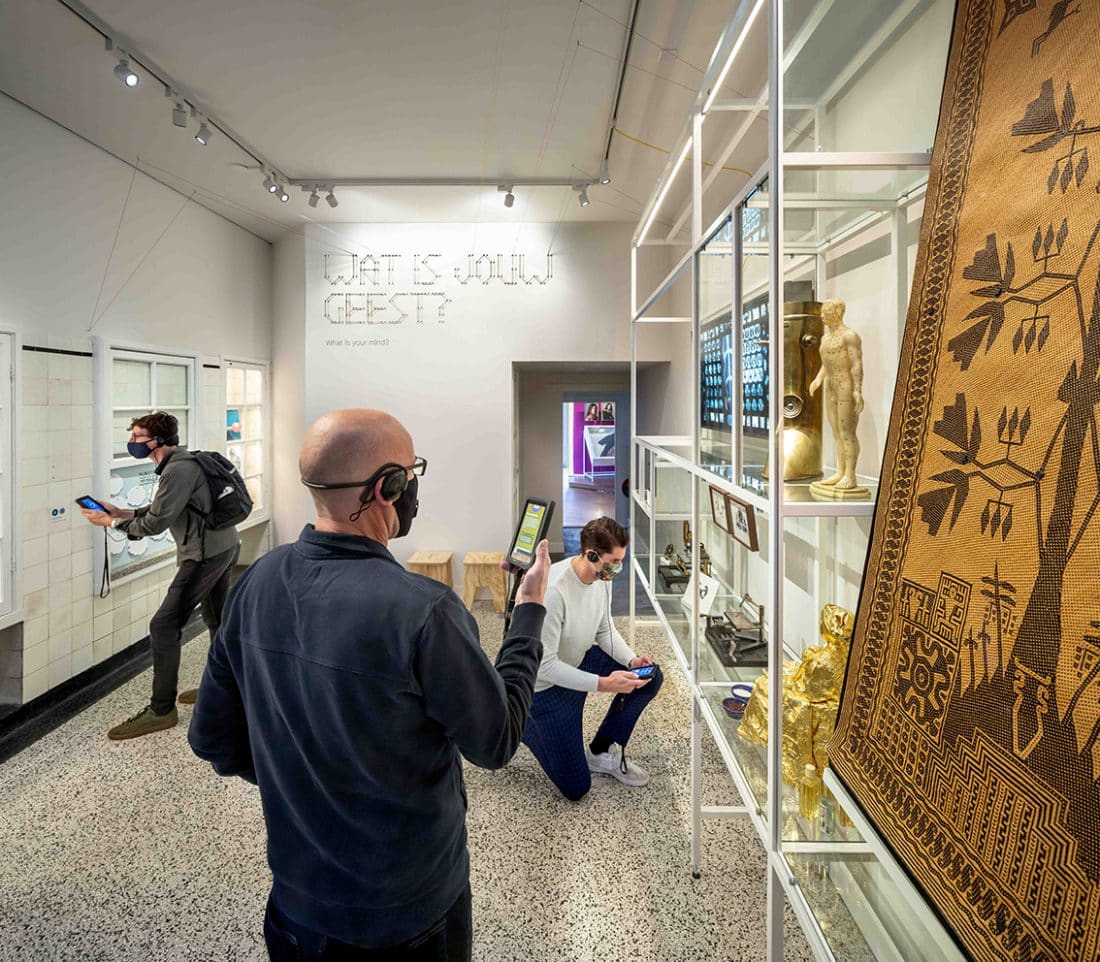 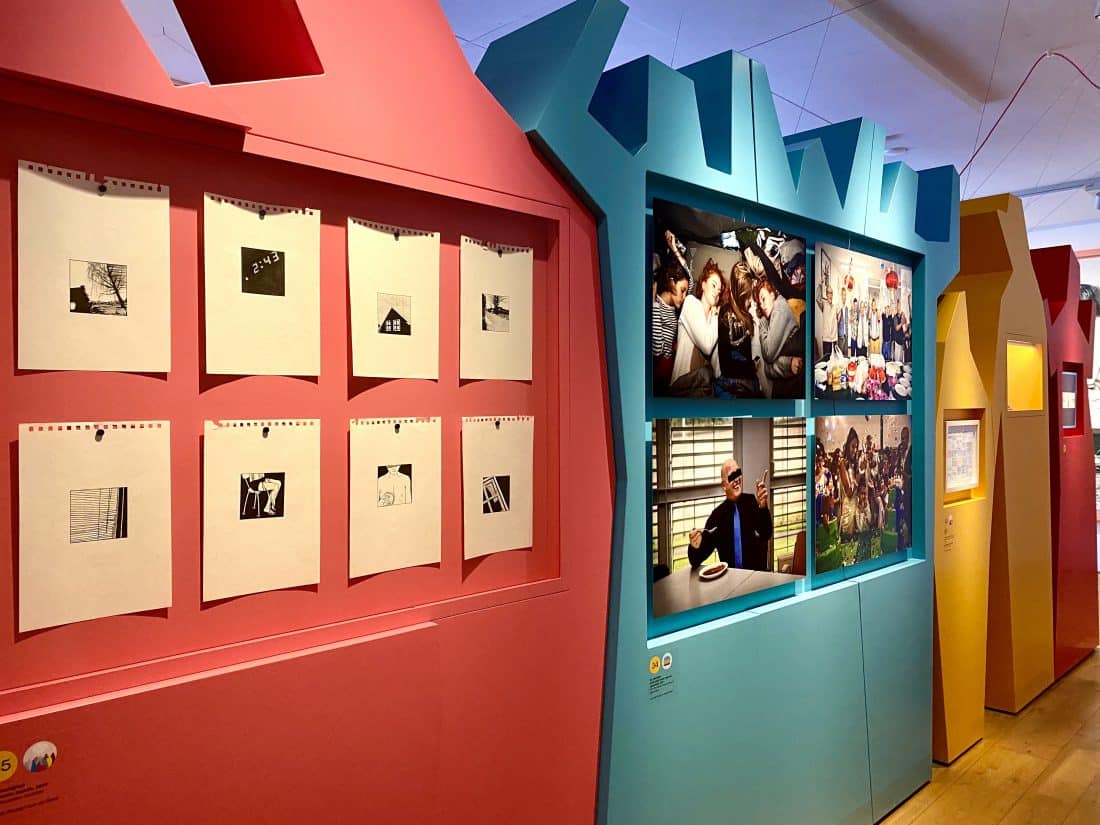 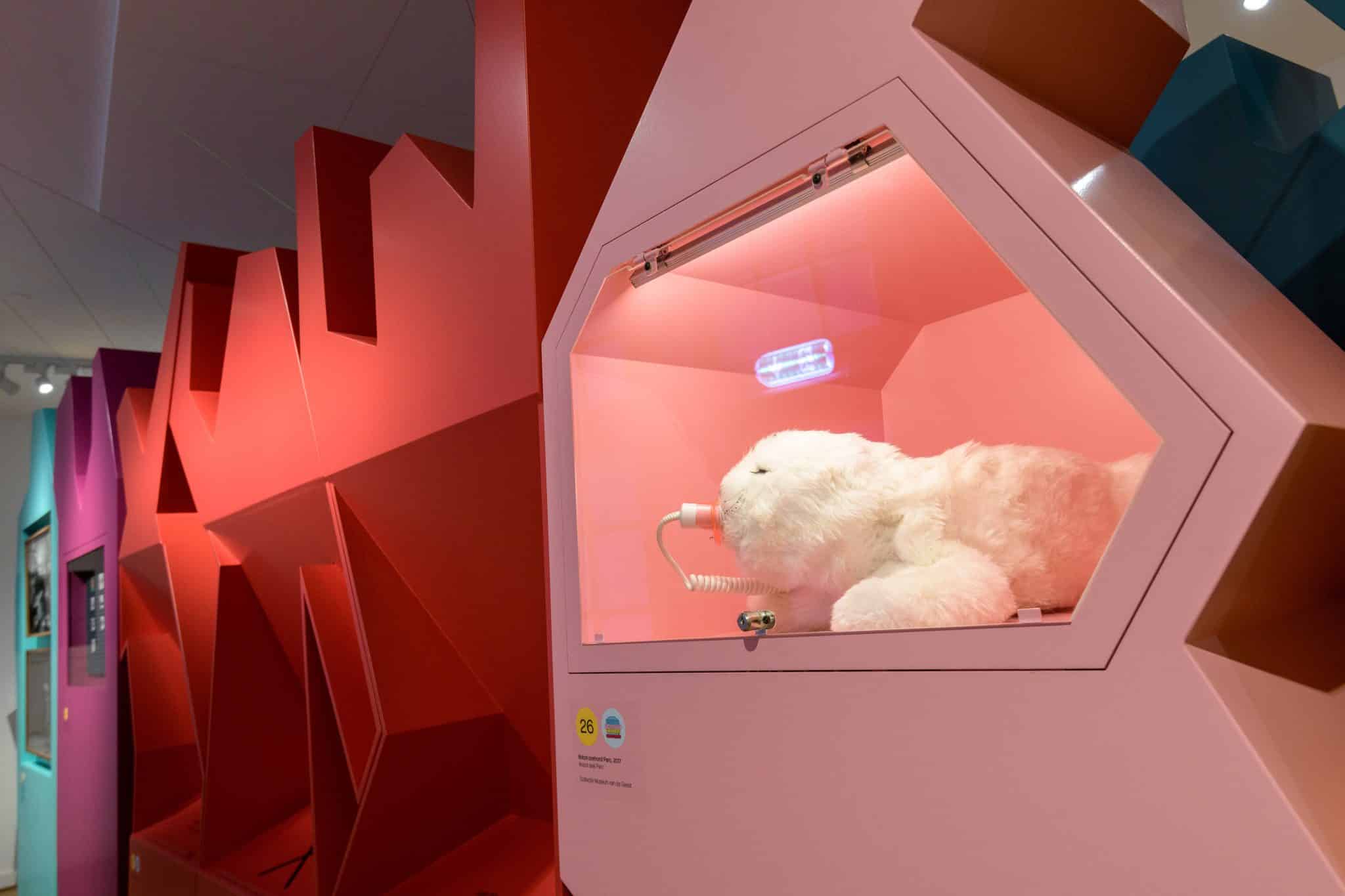 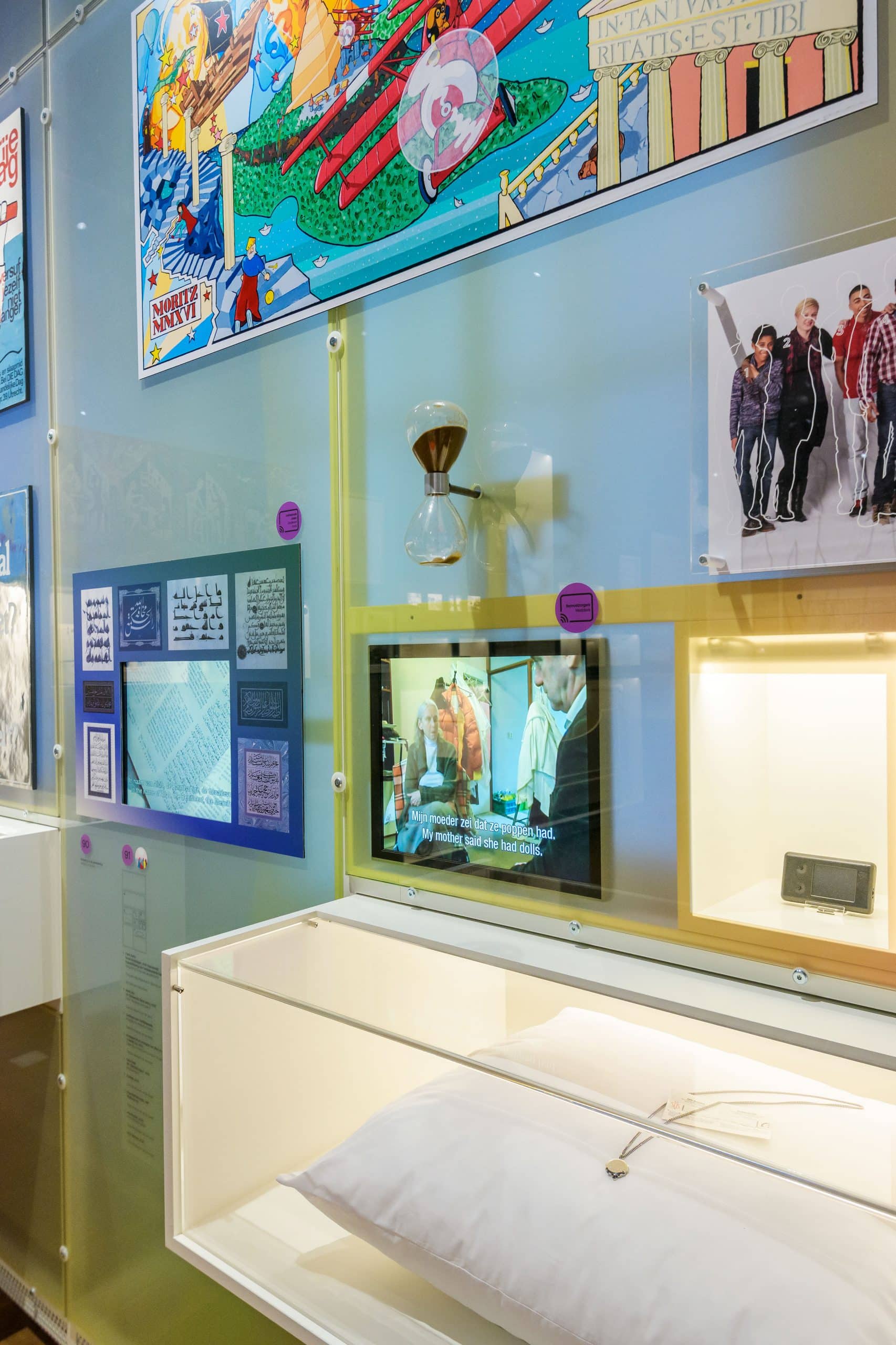 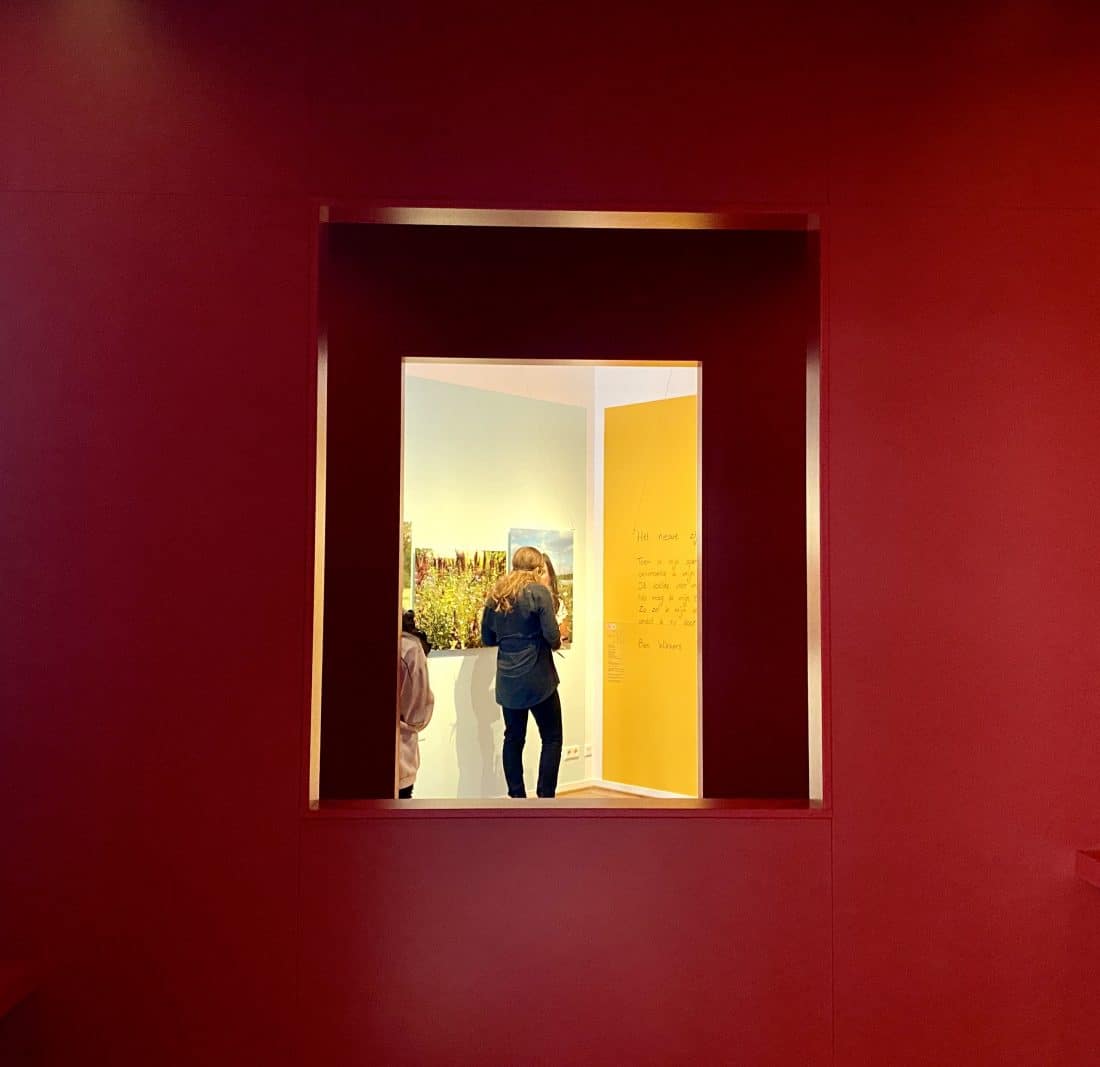 These stories are presented with a lot of images and with the help of expressive forms. For example, there is an installation of hands pointing at you. Stigmatizing terms from different times are painted on them. You feel judged, which also makes you rethink your views on other people. Elsewhere, a large mirror shows your presence among others and their stories. Everyone is looking for who they are, you as well as anyone else. The presentation challenges the audience to think about what they see and hear. 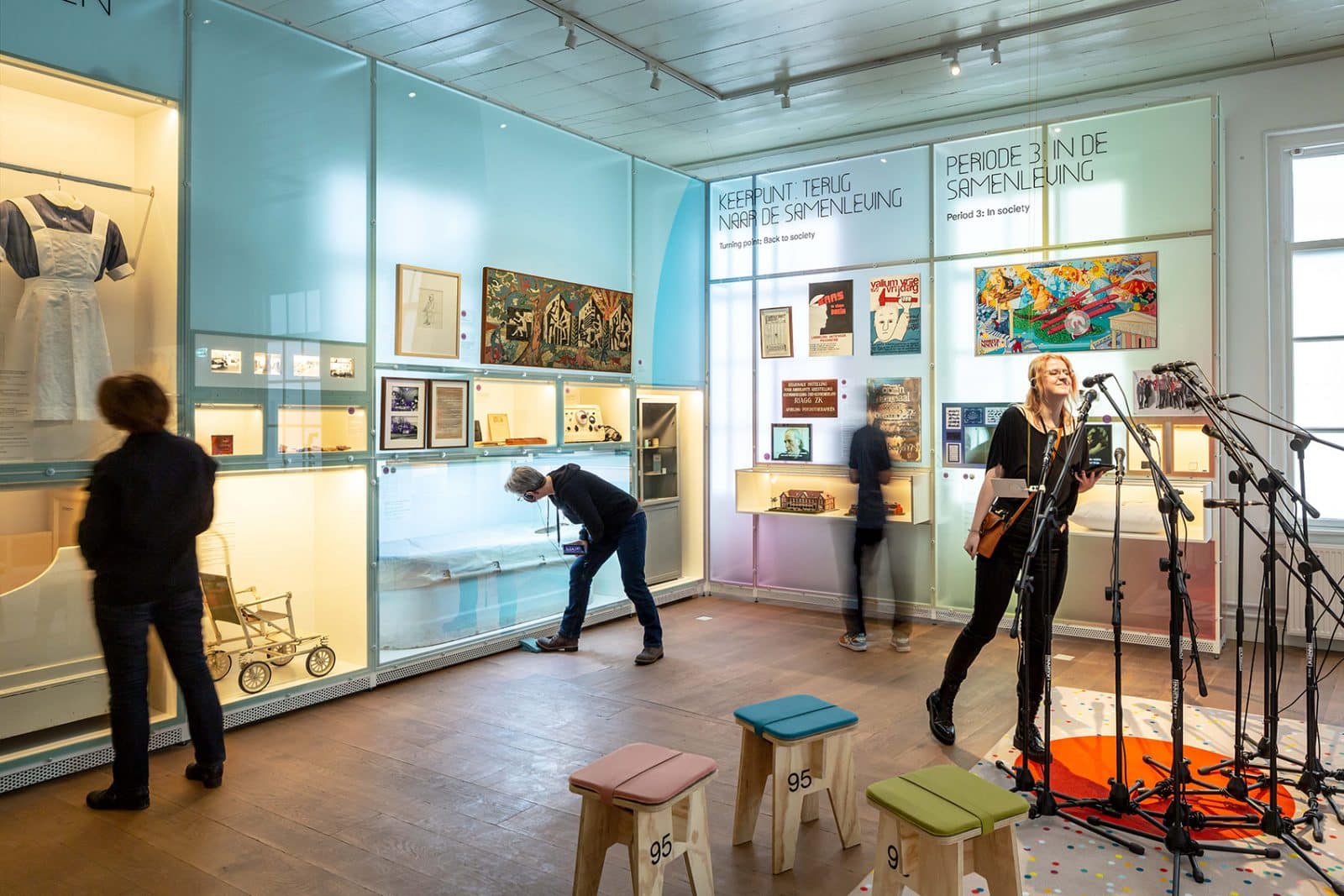 There is no omniscient sign with the explanation attached to these presentations. Instead, the visitor receives a multimedia guide that allows the presented persons to have their say. Sometimes the narrator asks you what you think, so that you can compare and empathize with the story of the other. Sometimes you have to answer a question before you learn more. For example, what would you do if your loved one knocks things down and you don’t know what to do with it? What if you lived not now, but 150 years ago? Be an active participant and make a choice, you’ll realize that restraint chairs were not intended to make people feel small instead – they were used to limit people’s sufferings much as possible.

Our mission is successful when visitors go home with an open mind.

Director Museum of the Mind 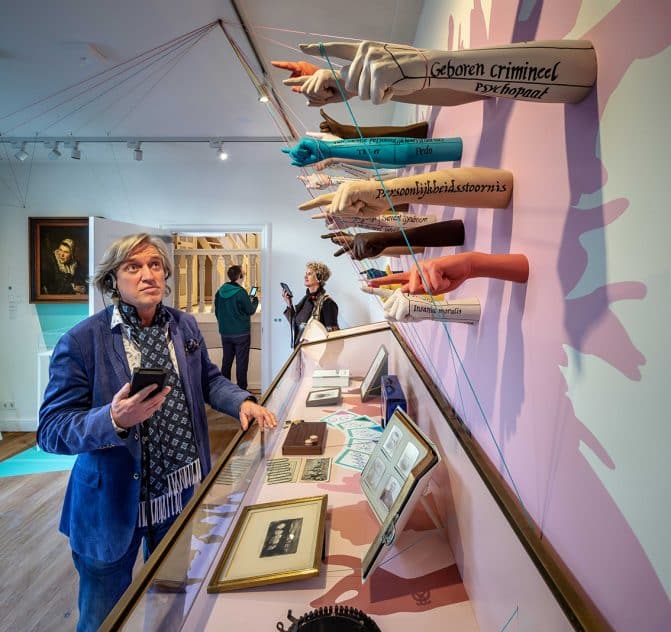 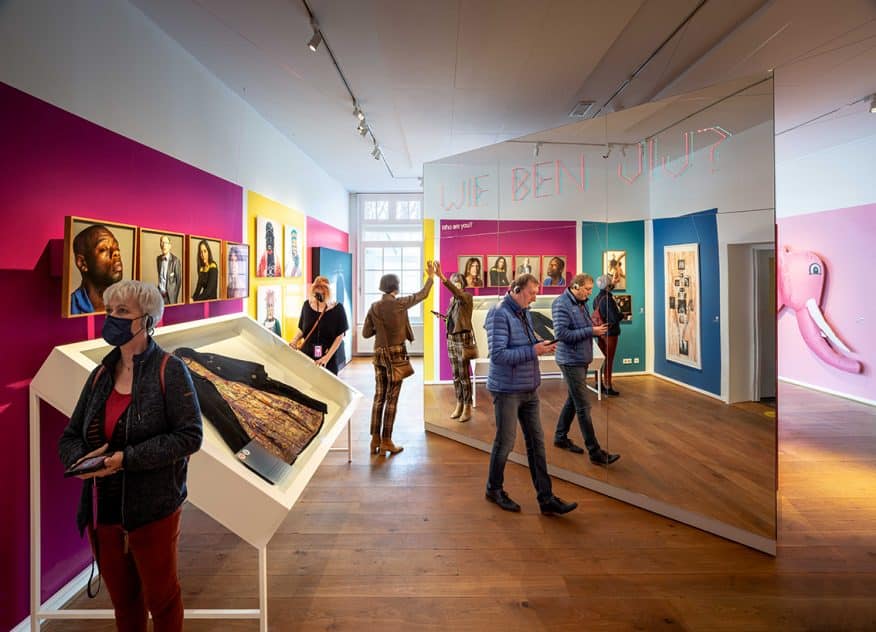 The setting for all this is the centuries-old former Plague, Mad and Lepers House of the city of Haarlem, for which we also developed the exhibition in 2005 and 2015. Where psychiatry was the main subject before, now the mind is placed in a much broader perspective and self-reflection is central. The building itself plays an important role in the exhibition. The originally small halls and corridors and the crawl-by-sneak-through route reinforce the feeling of a voyage of discovery. And in the multimedia guide, the building itself is the storyteller. With her old, lived voice, she guides you in the right direction, asks critical questions and reveals herself. 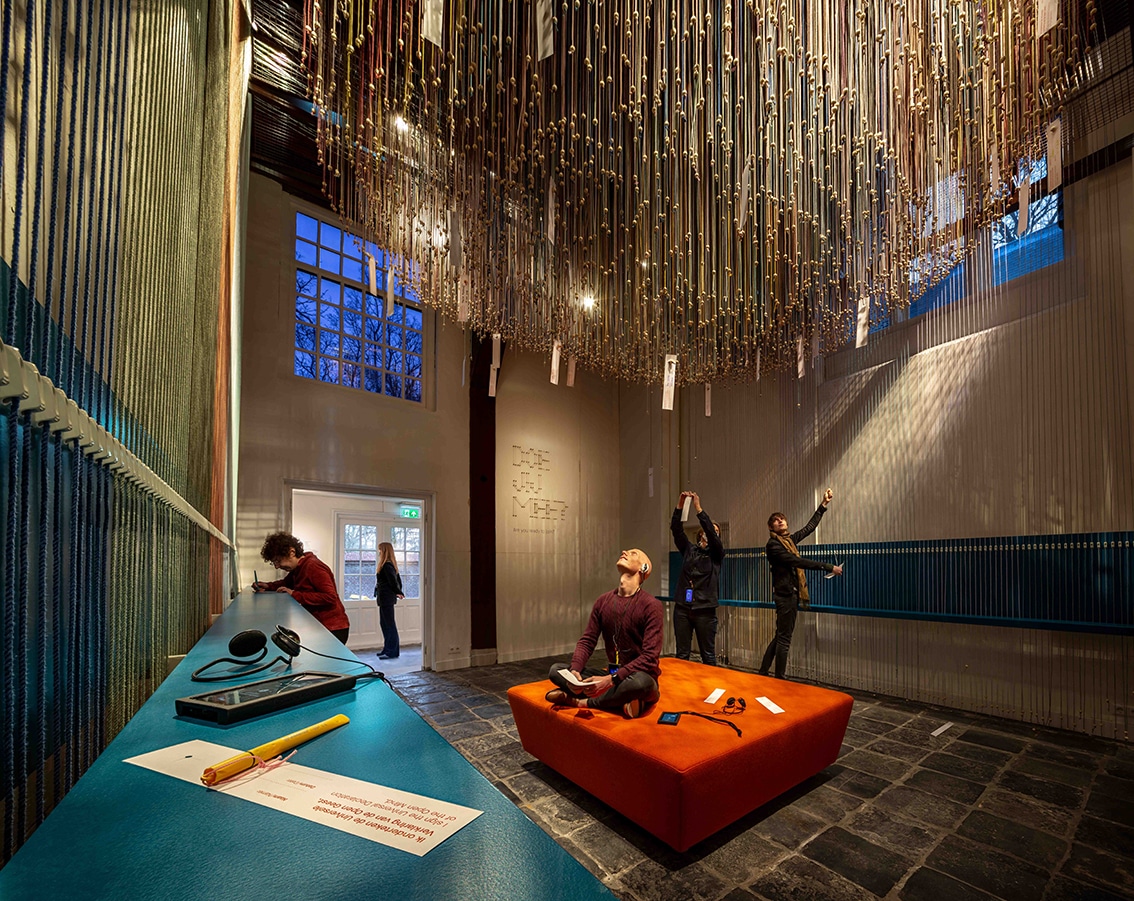 Who takes care of my mind? How does my mind work towards others? The setup consists of seven main questions, each with its own space. You can take all kinds of self-tests, which, for example, give you insight into the way you judge. Various people share a personal story, including the rapper and actor Willem de Bruin. He talks candidly about his depression and how music was the means of recovery for him. Visitors choose what they listen to. There is so much choice, that anyone will find something that touches them.

During the process, we, and our partners, kept getting into discussions about the subject.

How are you wired?

Graphically the whole is connected by a tangle of wires. They literally and figuratively connect spaces and subjects and invite to make connections. In the last room, this interplay of lines comes to a head – here hundreds of coloured wires hang down from the ceiling, with signed Declarations of the Open Mind at the ends. Visitors themselves can, through a small ceremony, raise their own Declaration in the air and thus become part of the museum. 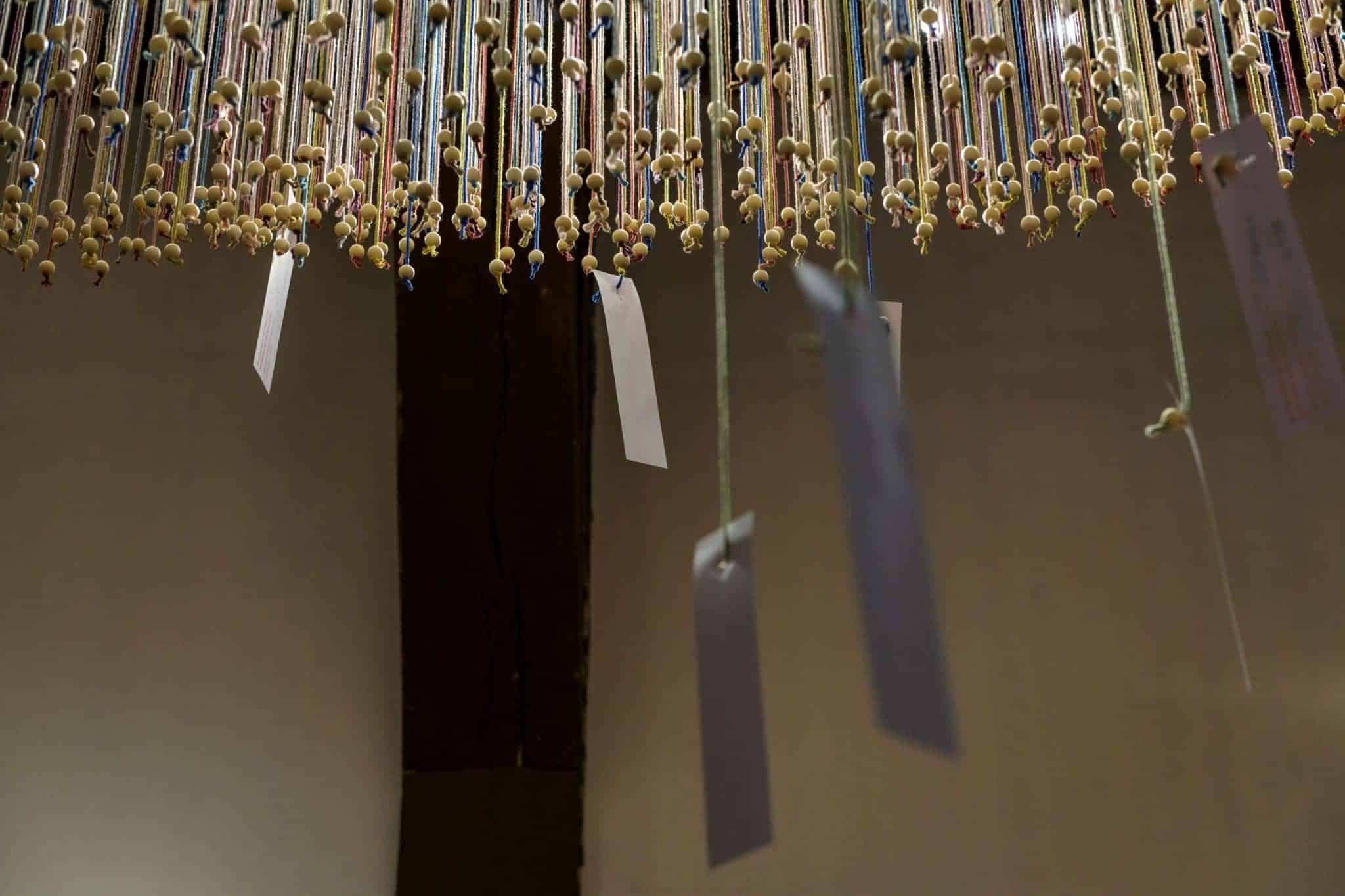 Although the stories are sometimes intense, they are meant to inspire. That is why the style has been deliberately kept light and cheerful. A lot of different colours have been used; each colour underlines the individuality, eccentricity and diversity of the individual. The shapes are contemporary. With this exhibition, the makers also want to look ahead, at how everyone can learn to live together better if we also learn to appreciate each other’s individuality better.